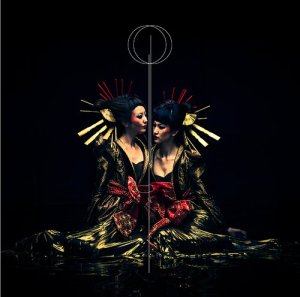 This entry is just a short impression I got from the Gazette’s DIVISION.

Now that I’ve listened to the whole album, I have to say that this band never fails its fans. NEVER.

I don’t know if the majority of the fans would agree with me. I don’t have much connections with them, especially the fans in my country. Somehow I disagreed with the head’s opinion, so I left. Supporting the artists on my own is enough for me. To be honest, I don’t care what they would think at all. Also, I don’t so much like those who fangirl over the band ONLY BECAUSE they wanna pair the members, and pay no attention to their music.

How did it turn into my personal complaint? XDDD

I ordered the standard edition. It arrived with a poster which is now on the wall. XD

And CDJAPAN is trustworthy as always. I highly recommend you order CDs from this website. Their package is excellent. Never from cdjapan have I received damaged goods. Every time in perfect condition. The poster’s always neatly rolled and put into…I don’t know what it’s called, but it’s a hard tube that can prevent the poster from getting torn.

What have been included in the limited edition and not in standard edition are:

And they ARE really nice. I’ve added [Diplosomia] youtube clip on my right sidebar. If you’re interested, scroll down and  feel it yourself. I believe this is the first time the Gazette makes an instrumental song into a promotional video. It turns out great as well. Big applause for them.

However, what I dislike about the limited edition is that they put the album into two discs. And somehow I don’t think it’s fair for the fans since it’s added only more two instrumental songs (fair enough for those who buy standard edition (like me), though XD). But, all right, it’s always worth the money if you want the DVD.

Well, this album has more electronic sounds. Normally I don’t like them, but these guys have made them so congruous with their rock sounds. I suppose the members are moving the band’s style towards this way, and it’s not bad at all. Their sound is still strong. I couldn’t imagine how fun it would be in their live. (Never got a chance to attend myself *sob*) These songs might immediately lead us to headbang our lives off. XDDDD

For DIVISION, my favorites should go to REQUIRED MALFUNCTION and ATTITUDE. These two songs are a must to the setlist for the live.